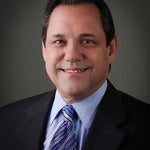 Michael Epton has been an attorney for more than 35 years. He received his undergraduate and law degrees from Northwestern University. His law career began as a prosecutor for the Office of the State's Attorney of Cook County, and then became a private practitioner in 1979. From 1980 to 1992 he and his partner, Joseph Fagan, formed the firm of Fagan & Epton, Ltd., a general practice with an emphasis on criminal and traffic matters, which formed the basis for Fagan, Fagan & Davis.

In 1992, Mr. Epton took a hiatus from the practice of law to become Executive Vice President and Director of Transcap Associates, Inc. Transcap, now a division of Wells Fargo Bank, became a national leader in the field of purchase order financing and trade finance.

Mr. Epton returned to the practice of law in 2002 when he rejoined Fagan, Fagan and Davis.