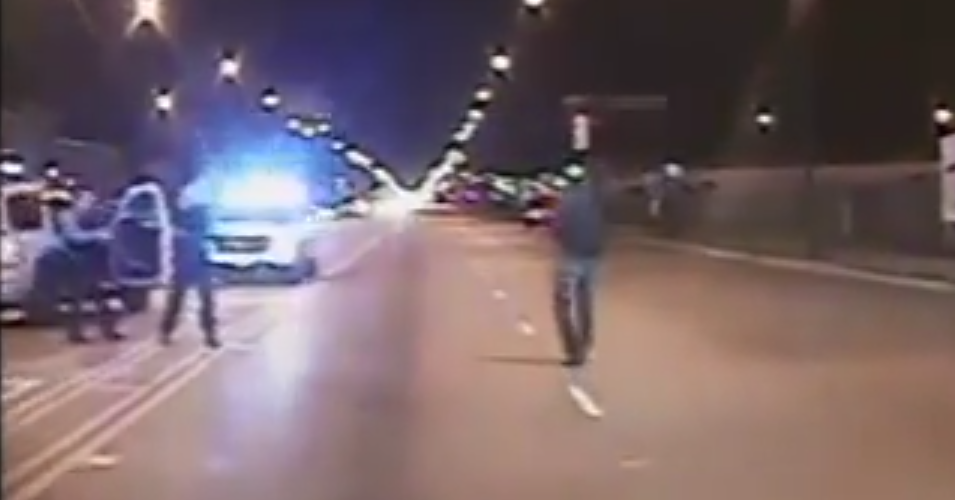 Former officer Jason Van Dyke, the defendant in the Laquan McDonald murder trial, faces an oddball sentencing situation that has Chicago area criminal defense lawyers engaged in an ongoing and interesting discussion. Van Dyke was recently found guilty by a jury of Second Degree Murder and sixteen counts of Aggravated Battery with a Firearm (one for each shot). Sentencing is still to come at this point.

The Crimes and the Times

A charge of Aggravated Battery with a Firearm is what is called a class X felony, which carries a sentencing range of 6 at least, up to a maximum of 30 years. The offense is not eligible for probation, and unlike many other offenses, the prisoner does not get the “day for day” credit meant to promote good conduct as a prisoner, but rather an 85% calculation (think of it as a 15% discount instead of a 50% discount).

Second Degree Murder is punishable by a range of 4-20 years and is theoretically eligible for a sentence of probation. Why is probation on the table? The Second Degree Murder charge in this case is essentially a first degree murder where the jury believed that Van Dyke truly felt he was acting in self-defense (including defense of another), though they don't find that his belief was reasonable. In plain English, this is basically where the jury says “we get how he might have thought that, but he was just plain wrong.”

Now here's where the whole thing gets very interesting. As a general rule, sentencing for acts that all part of one ongoing act or crime are sentenced on each “count” in a way that those sentences run at the same time, or as the law says, concurrently. There is a sentencing law that requires a defendant to be sentenced consecutively (rather than concurrently) on each offense under certain circumstances, and everyone agrees - this fits that requirement.

Now comes the big question, and it really is a potentially enormous question, for the criminal defendant in this case. What does this law about each sentence running concurrently mean in a case with a Second Degree Murder as well as sixteen counts of Aggravated Battery with a Firearm? Does this mean that each count of Aggravated Battery is consecutive with each other as well as with the Murder? If so, assuming a minimum prison term on each offense, 96 years total on the Aggravated Battery plus 4 more on the Murder. Additionally worth considering is the testimony of the coroner, who indicated that McDonald died with the second shot. If that's the case, fourteen of the counts of Aggravated Battery may (and probably should) be eliminated (the legal means by which that can be done are a separate discussion). After all, one cannot kill or batter a dead person. That would leave a minimum sentence under this theory of 4 for the Murder (barring probation) plus 12 total for the two remaining Aggravated Battery charges for a poetic 16 years.

The countervailing theory is that the law requiring consecutive sentencing means that the sentence for the Aggravated Battery counts must not be served concurrently with the sentence for the Murder. That would mean the 16 Aggravated Battery counts would be concurrent with each other, but not the Murder, thus compartmentalizing the different offenses, but not necessarily the counts themselves.That would leave Van Dyke facing a total minimum (again barring probation in the murder) of 10 years in prison.

We tend towards the latter as the correct interpretation of the law. While the sentencing statute is vague enough to prompt serious debate, there is a basic principle of law that where a statute is not particularly clear, the nod goes to the defendant for the more favorable interpretation. It would be unjust to do otherwise.

There are other possible theories that have been raised for sentencing that seem more far fetched than these -  the attorney for Van Dyke himself gave an interview indicating he believes his client will be sentenced to 3 years in prison, but didn't explain how he determined that was a possible sentence. That said, the possibilities discussed above seem to be the two major opinions where most experienced Chicago area criminal lawyers come down.

Could Judge Vincent Gaughan give a sentence as low as 6 years for the Aggravated Battery followed by a probation for the murder? Technically, it's possible, but we wouldn't bet on it. Look for a total prison sentence starting in the double digits.