Should I Take the DUI Breath Test or PBT Before Arrest?

Many ask if they should take the breath test on the street, known as the PBT. Often the arresting officer in an Illinois DUI says the PBT, the preliminary breath test (also called the portable breath test) on the street before being arrested, won't or can't be used against you in court. That's true only to a certain extent. In fact, it's misleading and meant to get a motorist to submit to the test.

Can the PBT be Used as Evidence? 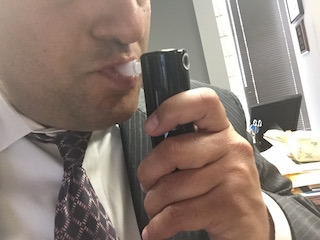 How can the PBT be Used?

However, the PBT can be used in certain ways. Typically, the prosecution can introduce the PBT under two circumstances. The first is that a preliminary breath test can be used  to defend against an attempt to challenge the decision of the officer to arrest. The second is to use the portable breath test results to defend against a challenge by the defendant to a Statutory Summary Suspension.

What's Wrong with the PBT?

The PBT devices used in an Illinois DUI arrest is a screening device. It's used primarily in the field under time constrained circumstances. It's possible that the PBT is used under conditions that may introduce contaminants to the process, elevating the results. The typical PBT approved for use in Illinois is also stored in the police car and transported from place to place in varying temperatures and humidity. Additionally PBT devices do not include slope detection, which is supposed to correct for spikes in breath measurement as a sample is introduced (as the subject breaths into the machine, there are variations in the amounts of alcohol at any given point). Each of these factors and more can create inconsistency from test to test, and render the PBT poor evidence to use to convict an Illinois motorist of DUI.

Among the only times we recommend taking the PBT or portable breath test is if one has not consumed any alcohol, has not eaten or drank anything within 20 minutes of the test including gum or chewing tobacco, and does not have removable dental equipment including dentures. Other than those circumstances, we generally recommend refusing to submit to Field Sobriety Tests, and also refuse to submit to the preliminary DUI breath test in Illinois arrests.