In most cases that are dismissed (or that result in a not guilty, or acquittal as it is formally called), the defendant can file a petition with the court seeking to seal or expunge their record. As long as there are no other bars to doing so, that petition can be filed immediately with the Clerk of the Circuit Court with no waiting period, pursuant to 20 ILCS 2630/5.2(b)(2)(A). Notice is then sent to the prosecutor, the chief legal officer of the municipality in which the arrest took place (in Chicago, that's the Cook County State's Attorney), the police department, and the Illinois State Police. They all have a certain amount of time, set out by Illinois law, to raise any objections. In theory, failure to object within the time period means the Judge must grant the petition - in reality, Judges typically give significant additional time for prosecutors to file any objections, and they do so without any request for that extra time.

The entire process typically takes 6-8 months in Chicago cases. But there is an exception specifically carved out in the law.

Some Cases Can Be Sealed Immediately in Illinois

Let's assume that the record of Smollett's case wasn't expunged, but was sealed, as this is the more likely scenario. If so, Smollett can later seek an expungement like any other defendant. The Illinois sealing law, found at 20 ILCS 2630/5.2(g), creates a special scenario. That section allows for immediate sealing, but there is a catch (more than one, but we'll stick to big problem here):

Arrests or charges not initiated by arrest resulting in acquittal or dismissal with prejudice, except as excluded by subsection (a)(3)(B), that occur on or after January 1, 2018 (the effective date of Public Act 100-282), may be sealed immediately if the petition is filed with the circuit court clerk on the same day and during the same hearing in which the case is disposed. (emphasis added) 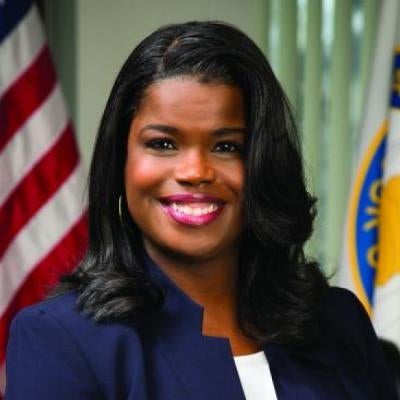 Forget for the moment the question of whether the State's Attorney, who in this case apparently made the motion to seal, actually complied with the requirement of filing of a written petition that complied with the formal requirements of the statute (and there are formal requirements). What about whether what happened in the Cook County Courtroom actually qualifies for this section? The Cook County State's Attorney made a motion to Nolle Prosequi (or Nolle Pros for short) Smollett's case - it's a way of dismissing the charges that essentially means the prosecutor is declining to proceed. It's a voluntary dismissal of the charges. The State's Attorney has the authority to do this under the power of prosecutorial discretion, which we've discussed previously in this blog. In Cook County, criminal charges are typically dismissed on motion of the State's Attorney either to Nolle Pros or to "SOL". The latter term has no actual statutory basis, but arose from common practice meant for the convenience of the Cook County State's Attorney. SOL means the case is stricken from the court call, but the Court has up front given leave to the State's Attorney to reinstate the charges within proper time limitations without first asking permission of the Court to do so. The charges still exist, and the defendant's rights to a speedy trial remain in effect. In fact, it is common practice for experienced criminal defense attorneys to demand speedy trial when a case is dismissed by SOL. A prosecutor seeking to refile charges after a dismissing a case by Nolle Prosequi requires the permission of the Court to refile.

However, and this is key - both a Nolle Prosequi and an SOL are voluntary dismissals. Certainly neither is an acquittal, which only occurs when a defendant is found not guilty or is granted a certificate of innocence (exceedingly rare). But more importantly, neither is a dismissal with prejudice.

A dismissal with prejudice is a dismissal which bars refiling. It has the effect of a final adjudication of the case, and the State's Attorney would not be able to refile the charges, even though the statute of limitations has not run. The entry of a dismissal with prejudice is exceedingly rare in practice, as Judges almost allow the State to voluntarily dismiss the charges in the manner they wish to. While the State's Attorney can voluntarily dismiss with prejudice, there is little incentive for them to ever do so, and there is no indication Kim Foxx's office did so in this case.

There is no similar provision under the law allowing for immediate expungement of a criminal matter following acquittal or dismissal (whether prejudicial or otherwise). Perhaps the closest the Illinois Expungement law comes to allowing immediate expungement is following a successful direct appeal which results in the issuance of a certificate of innocence, though that's only one interpretation of the the meaning of the statute, which isn't terribly clear on that subject.

The Sealing Order is Illegal

In conclusion, the order entered by the Circuit Court of Cook County sealing the record and arrest of Jussie Smollett's case appears to have been an illegal order. The order may even be void (as opposed to voidable), which would mean that the Chicago Police Department may take the approach that they do not need to comply with the order at all and that the Judge may be subject to a mandamus order by the Illinois Supreme Court (an extremely severe consequence) commanding the order be vacated. Alternatively the order may be voidable and the Chicago Police Department and/or the Illinois State Police may have the ability to file a motion to vacate the order based upon the lack of compliance with the statute.