Is the Mr. Checkpoint smartphone application a good thing? 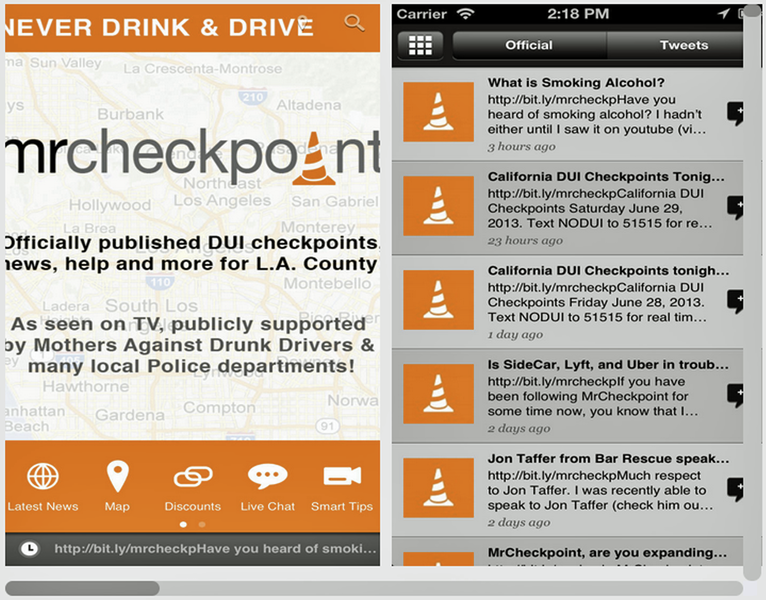 The Christmas and New Year holidays have become associated with law enforcement efforts to locate and apprehend holiday celebrants who may have had too much to drink and have climbed before the wheel of their car to drive, usually to their home. There are other holidays on the horizon such as Valentine's Day, St. Patrick's Day, Memorial Day, the Fourth of July, Labor Day and Thanksgiving later in the year. These are prime targets for Illinois DUI enforcement efforts.

For better or for worse, younger persons are utilizing social media to provide alerts regarding the locations of law enforcement checkpoints that are being utilized to look for persons driving under the influence (DUI). The attorneys at Fagan, Fagan & Davis focus on Illinois legal defense including driving under the influence (DUI) at courthouses in Cook County, Lake County and DuPage County. 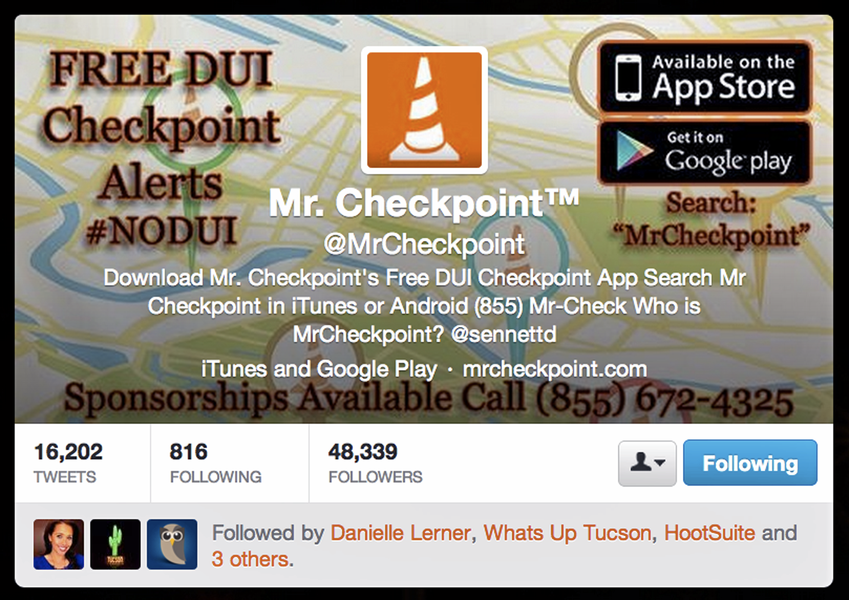 A social media application that can be downloaded for free to you smartphone can be found at MrCheckpoint.com. Some people have suggested that the MrCheckpoint application actually helps deter drunk driving and promote public safety by providing publicly and official checkpoint information, safety messages, and a help directory. There are reports that MrCheckpoint has been publicly supported by anti-DUI non-profit organizations, as well as several law enforcement agencies. 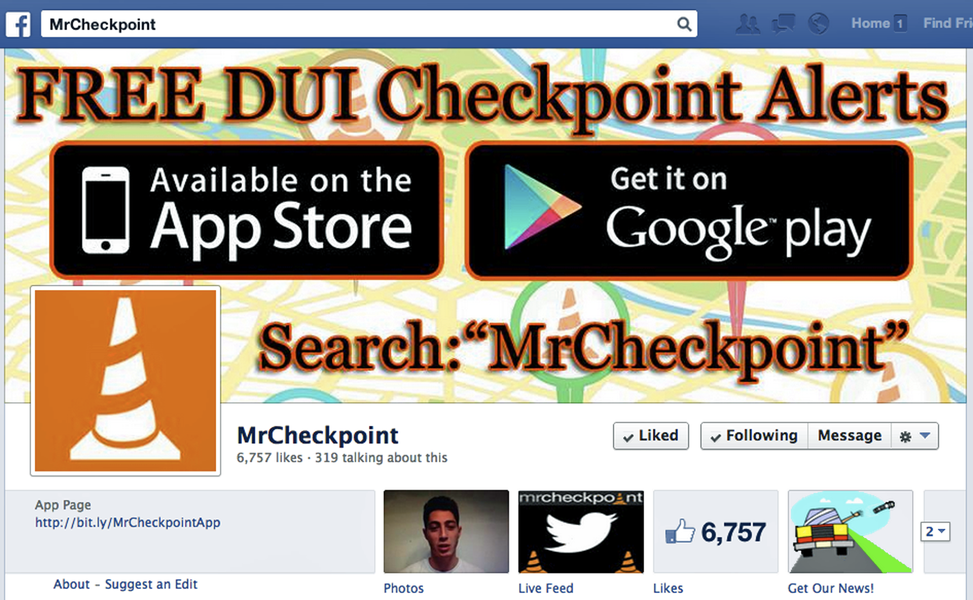 Other have suggested that DUI saturation patrols by law enforcement officers are far more effective in apprehending drunk drivers and getting them off our roads. Since saturation DUI patrols are covert by nature drunk drivers cannot avoid them, even when announced in advance. On the other hand, checkpoints are anything but covert as they are publicized in advance by the law enforcement agencies involved and usually are held on very busy streets. The checkpoints are staged with lots of lights and the act of setting them up provides an alert to most of the local community.

A federal agency, the Centers for Disease Control and Prevention has compared DUI checkpoints with DUI saturation patrols. “The goal of these interventions is to deter alcohol-impaired driving by increasing drivers' perceived risk of arrest.” So it would seem to be the goal of a DUI checkpoint to raise the conversation about drunk driving and encourage seeking alternatives.

Arguments can be made that some people will try to use the information provided by the application to plan their routes and to avoid the possibility of DUI. However, these individuals are sharing their experiences, while encouraging their friends through social media to do the right thing and not get behind the wheel after drinking alcohol, thus drunk driving is being prevented.

The attorneys at Fagan, Fagan & Davis have defended countless clients against DUI charges throughout the Chicago area courts, including those located in Cook County, DuPage County and Lake County. The attorneys at Fagan, Fagan & Davis understand which defense strategies are the most effective in court and how to challenge evidence gathered by law enforcement and offered by the prosecution. Contact us now for a free consultation.