Improper use of a motor vehicle, UUW (gun), Possession of Cannabis

Driving While Suspended, Unlawful Use of a Weapon, Possession of Drug Paraphernalia and Possession of Cannabis Chicago - Charges Dismissed

Client charged in Chicago with Improper use of a motor vehicle because of too many passengers (one was a dog). This led to Class A misdemeanor charges punishable by up to 364 days in jail. Those criminal charges included Driving While Suspended, Unlawful Use of a Weapon, Possession of Drug Paraphernalia and finally, Possession of Cannabis. However, the officer was mistaken about one detail. A dog is not a "passenger" under Illinois law, and we were able to achieve a dismissal of all charges. 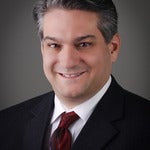