Drugs Possession with Intent to Deliver Ecstasy, Marijuana and LSD

Chicago Drug Possession Charge - Found guilty to lesser-included offense of possession of a controlled substance and was placed on probation.

Police swarmed to our client's home in Chicago with a task force executing a search warrant. The warrant was based on the detailed allegations of a confidential informant. The search turned up dozens of ecstasy pills (MDMA), a large amount of cannabis, LSD, cash, scales, baggies and more. The police also got a detailed confession. Our client faced class X felony charges, which meant between 6-30 years in jail. The State's Attorney initially offered the minimum prison time. Later they offered a special "boot camp" program. We took the case to trial. Our client was found guilty of a lesser-included offense of possession of a controlled substance and was placed on probation. 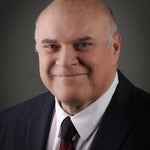 Joseph M. Fagan attended the University of Illinois at Urbana/Champaign, and obtained his Juris Doctor from DePaul University Law School in Chicago.  Joseph was Admitted to practice in Illinois in 1969; Florida in 1975; admitted before the Federal Court in the Northern District of Illinois in 196...