Our client was pulled over for driving in the Chicago area without a seatbelt and the officer discovered that he was driving while revoked, which had been charged as a class A misdemeanor under Illinois law.  This would be our client's eleventh conviction for driving on a revoked license, which could have been upgraded to a class 3 Felony.  A class 3 Felony for driving on a revoked license in Illinois is not eligible for probation or conditional discharge if it stems from a DUI conviction and carries a sentencing range of two to five years.

The prosecution chose not to upgrade the charge, but offered 300 days in jail on the misdemeanor driving while license revoked.  Instead of accepting that offer, our client took the advice of attorney Jeffrey Fagan to enter a blind plea. The Court agreed to postpone sentencing for a month to allow the client to prepare to serve time in the Cook County Department of Corrections. Though no sentence had been entered, the Court knew jail was likely. Mr. Fagan worked diligently to prepare a package of favorable information for the Court to consider in sentencing, including the client's service record with the military, a letter of commendation from his commanding officer, letters from friends and neighbors describing his good character, and all of his medical records and medications.

On the sentencing date the judge expressed surprise that the prosecution hadn't upgraded the case to a class 3 felony, which would have been within their rights. However, because Mr. Fagan entered a blind plea on the class A misdemeanor, the maximum sentence possible was 364 days in jail.  Mr. Fagan told the story of a good man, who wasn't making excuses, but rather was expressing remorse and taking responsibility for his actions. The state asked for the maximum sentence - 364 days.  Mr. Fagan asked for 180 days and for our client to be put in the medical wing to ensure he could continue to receive his medication and further medical care.

Knowing that if this case had been charged as a felony, our client faced a minimum of 2 years in prison, the judge accepted Mr. Fagan's recommendation and ordered the defendant sent to the Cermak medical facility of the Cook County Department of Corrections for review and evaluation. With credits, our client should be out in around 90 days and able to attend his daughter's upcoming wedding. 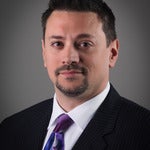 Jeff graduated from Columbia College Chicago with a degree in Arts, Entertainment, and Media Management.  He earned his law degree from The John Marshall Law School in Chicago Illinois.   Jeff left college before completing his undergraduate degree, spending 11 years in the restaurant business, ...