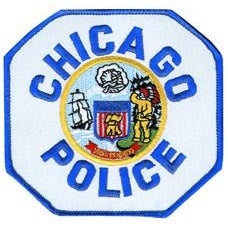 The Chicago DUI "Strike Force" will be saturating the Jefferson Park district area this weekend from 7pm Saturday night August 15, 2015 through 3am Sunday morning August 16, 2015.

According to a CPD announcement about the Chicago DUI patrols:

The purpose of this program is to saturate a pre-designated area with roving police officers that continually monitor vehicular traffic for signs of impaired driving. Patrols also place emphasis on speed, alcohol-related and safety belt violations. Police vehicles equipped for speed detection are deployed to apprehend speeding violators.

In addition, the Breath Alcohol Testing (BAT) Mobile Unit may also be deployed to allow officers to expedite the process of charging a person with Driving under the Influence (DUI) prior to transporting an alleged into the nearest lockup for bonding. The mobile unit also allows for Individual Recognizance Bonds (I-Bonds) to be issued at the site of the DUI Strike Force Patrol.

Longtime readers of this blog will appreciate the opportunity to quickly decline to answer any questions other than those relating to information found on their driver's license and insurance, to politely refuse field sobriety testing and chemical testing.