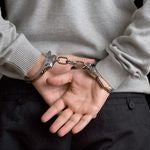 A suburban Chicago police chief has announced that his department will be tweeting out the names of persons who have been arrested on suspicion of driving under the influence (DUI). These individuals have been accused of DUI, not convicted, and are presumed to be innocent of any wrongdoing until proven otherwise. They are about to be victimized by the people charged with serving and protecting the public, and that includes the people they arrest. This will encourage vigilantism, and cost people far more than the legal penalties that our legislature has prescribed, circumventing the legal process in Illinois Courts.

A small (public) demonstration: Why you need representation by a criminal defense attorney any time you are in Court

When Penelope Soto's video of flipping off the Court went viral, she unwittingly demonstrated one very important lesson - stepping before a Judge in Court without a criminal defense lawyer in Chicago area Courts and elsewhere is a disaster waiting to happen.