There are a number of long overdue changes to Illinois DUI law coming, and the Chicago Tribune has at least picked up on one important change proposed - letting people arrested for DUI get a driving permit with a breath detection device as soon as their suspension begins. 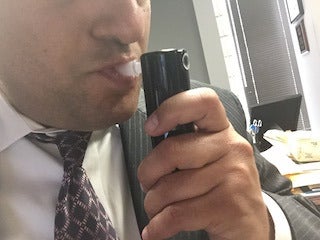 whether they are ever found guilty of DUI and much of the time, before they ever see a courtroom. The Illinois Supreme Court decided, against all evidence, that this is not a punishment. Its purpose, they said, is to ensure the safety of the public.

More recently, Illinois lawmakers created the MDDP or Monitoring Device Driving Program. This allowed motorists arrested for DUI to drive using a breath detection device to prevent any driving while intoxicated by alcohol. Now we're talking public safety, right? And those people can go to work while the Court figures out if they really should lose their licenses, right?

The proposed law reported by the Trib makes sense to everyone involved, from MADD and AAIM to the Illinois State Bar Association. If public safety is the issue, and a Statutory Summary Suspension isn't just a backdoor punishment, this is a good and just change that needs to happen as soon as possible.