A DUI arrest does not always mean a DUI conviction 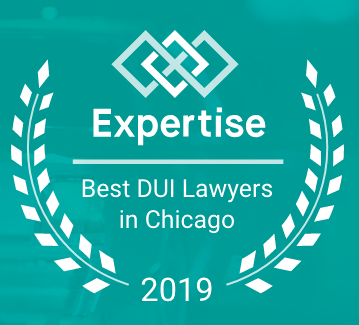 Persons who are arrested on charges of driving under the influence, or DUI in Illinois, tend to assume that they will be automatically convicted in court. Nothing could be further from the truth. With proper assistance from a skilled DUI lawyer, several other possibilities exist. Careful examination of potential issues that can be used to attack the case before trial, or trial itself are imperative, and here we give examples of just a few issues that have the potential to produce dramatically different results than what most people expect.

There are many substances that contain forms of alcohol that can produce false results. Those substances are asthma spray, cough drops, paints and fingernail polish. Remember - the DUI breath test is meant to determine not how much alcohol is in a person's mouth, but to estimate the amount in the bloodstream, and thus affecting the driver.

Improper operation of a "breathalyzer" is more common than not. Manufacturers of breath testing devices (Intoximeters manufactures the most commonly used breath test machine here in Illinois) have protocols that must be followed for a breath testing result to be considered to be valid. The failure to follow the requirements of manufacturers can result in improper readings.

Prosecutors may fail to provide copies of radio communications between dispatchers and law enforcement officers who are conducting DUI traffic stops. Most dispatch conversations regarding traffic stops of vehicles are recorded. Also, the recording of law enforcement communications regarding an arrest of an individual may not be provided to defendants and their attorneys. Video recording, from the police vehicle camera, police department, and now body worn cameras must also be tendered to the defense, and is often extremely helpful in challenging the testimony of police officers in Illinois DUI cases. The failure to provide any recordings may result in all evidence which could (and should) have been recorded, being suppressed.

Often times, there can be misleading statements by law enforcement officers regarding potential consequences of submitting to or refusing to take a blood, breath, or urine test. Consequences can lead to the suspension of their driver's license being reversed and the suspension being removed from the record of the driver. A refusal to submit to testing is often used against a defendant at trial to suggest the refusal is evidence the motorist felt the result would be over the legal limit - an improper warning might result in refusal based on a different reason, such as a misunderstanding of the consequences.

There are limitations within Illinois law called statutes of limitation. A misdemeanor DUI charge must be filed within 18 months of the date of the alleged offense. A DUI charge that is not filed in a timely fashion will be dismissed outright.

While an Illinois DUI arrest can take place on private property, a person who did not drive or operate a motor vehicle upon a public highway (any designated street) is not subject to a Statutory Summary Suspension for a DUI in Illinois.

There can be times when a prosecutor fails to disclose their intent to use an expert witness. Failure to disclose the intended use of experts can result in those witnesses being barred from testifying against the defendant.During the treatment of a patient by hospital staff members the use of lactate ringers, the hospital blood serum results will, likely, report false, elevated readings that may be considered to be invalid.

The failure, by breath test operators, to include the value of the simulator solution used to test breath machines may result in breath testing results to be ruled to be inadmissible in court. The device used must be certified as accurate in order for the result to be used at trial as evidence.

Finally, many police stations use cameras to videotape the testing process for DUI defendants. These recordings may establish that the testing procedure that was used resulted in inaccurate or inadmissible results due to burping by the suspect, radio transmissions near the testing device, as well as other improprieties.

The attorneys at Fagan, Fagan & Davis have defended countless clients against DUI charges throughout the Chicago area courts, including courts all over Cook County, DuPage County and Lake County. We can provide you options and show you why an Illinois DUI arrest does not automatically mean a DUI conviction. Contact us now for a free consultation.